Courage is fundamental to leadership and it exists in two forms: physical and moral. We are most familiar with the physical. We all stand amazed at the exploits of military personnel who often show a wanton disregard for their own lives while they save others in their unit or who, singlehandedly, charge into enemy fire to remove the threat or take the objective. Or those people who run into burning buildings selflessly disregarding their own safety while preserving the lives of perfect strangers. Any person who does this is extoled, rightly, for their heroism and physical courage.

What’s often more amazing about these people is that they mostly come from humble backgrounds and don’t fit the stereotype of a hero. Nobody sets out to “win” the Congressional Medal of Honor and many of them don’t remember exactly what they did to warrant it. Or they say “anybody else would’ve done the same thing”. Perhaps, but unlikely. Physical courage comes from some place deep in our character and it’s hard to pinpoint who has it because the occasions for when it’s needed are so rare and unpredictable in life.

But the other kind of courage, moral, is arguably needed far more frequently in life. As it happens, we are often confronted with the need for this kind of courage in ways both large and small on a daily basis. The easy way to think about this is an expression often used in the Army about making decisions that result in the “hard right over the easy wrong.” In other words, do you look the other way because it’s easier or do you make the harder decision to speak up or delay/stop an action because you know it’s wrong or it won’t work.

A recent illustration of this phenomenon is seeing how many big city mayors are either re-thinking or changing their positions on defunding the police. The entire country was outraged over the death of George Floyd at the hands of the police. A terrible and unnecessary death. The result of this tragedy could’ve been a dispassionate discussion of the best ways for police to carry out their duties so deaths like this could be avoided. It also could’ve shined a light on the terrible responsibilities of the police and exactly how difficult their job is.

Instead, in these polarized times, it turned into a cause celebre that resulted in demands for police departments to be defunded or, in some cases, eliminated. Sadly, with their fingers in the air gauging the political winds, many politicians, particularly major metropolitan mayors, took the side of those who yelled the loudest. And in concert with their city councils, took money away from the police. Worse, many of those politicians hopped on the bandwagon and heaped pejoratives on the cops and humiliated them and their service. The most obvious examples of this occurred in San Francisco, New York, Minneapolis and Portland.

And what happened as a result? As day follows night, crime increased. Many cops quit, retired or stopped doing their job. Why arrest somebody when you can be sued or fired or have the person you arrested be released with little or no bail free to roam the streets and commit another crime? And who pays the price for that? Well, we know the cops do but so do citizens. And those citizens are usually, not always, but usually the poorest. And whose primary job is it to protect the people in any community? The mayor.

But in all the furor, riots, media coverage and unrest of the summer of 2020 what did these mayors do? They chose the easy wrong over the hard right. Many of them took the path of least resistance and bowed to the mob. It’s hard to believe they didn’t know what would happen next. And if they didn’t, they had no business being a mayor. If you don’t stop crime it’s a safe bet you’ll get more of it. Criminals aren’t stupid. They’re rational actors who study, watch and calculate what they can get away with. No bail required, no cops on the street, no reason not to break the law. There simply isn’t a penalty for it.

And people also die. Murder statistics are up across the country. In some cities they are the highest on record. If the primary duty of a mayor is public safety, how is that responsibility accomplished by defunding or trying to eliminate the police?

So, we’ve now gotten to the point in time where the mea culpas, sort of, are coming out. Maybe not so dramatically with an apology, but with actions. Refunding the police, adding extra academy classes to bring in new officers, publicly stating that they’ll be going after criminals again. Nice, but a little late. Again, just look at what’s happening in San Francisco.

If the mayors had shown a little moral courage to push back on the emotions of the moment to do what was not only right, but self-evident, people would be safer today. Many business owners too, already suffering due to Covid restrictions kept in place for too long often by these same mayors, might still be in operation. But after many businesses had been looted or burned in 2020, once they re-opened in 2021 became the victims of smash-and-grab thieves put back on the streets by mayors and DA’s not willing to prosecute repeat offenders.

What makes this worse is that moral courage can be exercised every day in ways large and small. There’s no excuse to shirk these challenges. Nobody said being a big city mayor was an easy job and they do face extraordinary challenges. What they fail to realize is that they were elected to show moral courage, to accomplish the hard right over the easy wrong and serve the people of their city.

The pity of it is they don’t realize that showing moral courage is the best re-election strategy they have. 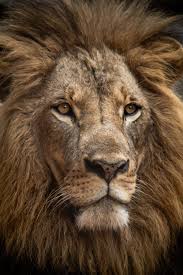