While we rightly focus on what our leaders are doing/saying, we often forget that followers also get a vote. In fact, if followers don’t think the leaders are engaging in the correct course of action and refuse to follow, are they really leaders? A great experiment in this dynamic is taking place every day within the U.S. Customers and Border Protection agency of the Department of Homeland Security.

Under enormous stress to protect the southern border, agents are overwhelmed by huge numbers of people from all over the world illegally entering the United States. Yet, when they are caught, in many cases, they’re released outright into the country. Sure, they’re supposed to show up for their hearings and evaluations, but many don’t. So, our laws are broken and nothing apparently happens to the perpetrators. Even worse, a flood of dangerous drugs is coming across the border. That, coupled with the misery of human trafficking, is spreading the agents dangerously thin and exposing them to the same violence and dangers as the illegals. Not to mention the diseases and illness brought by these migrants, especially Covid.

Under this reality, the border patrol agents are rightly questioning their leaders on the policies currently sanctioned by the Biden Administration. Caught in between the two are Secretary Mayorkas of the Department of Health and Human Services and U.S. Border Patrol Chief Raul Ortiz. It seems that many of the rank-and-file officers of the CPB don’t agree with the policy and, in fact, think it’s detrimental to the well-being of the country.

Too often those in leadership positions seem to forget that they must consider the equities of others involved in any action.  In fact, those CBP officers might even be doing the secretary and the chief a favor by not being “yes men.” Followers who blindly align themselves with leaders and who go along with a course of action, even though they know it will fail, do the leader and the organization no good with their acquiescence. Rather, it’s often the follower who does the leader a service by pointing out that the plan has holes in it and will probably not succeed.

So, what should these leaders do?

To their credit, both Mayorkas and Ruiz met with agents in Laredo, Texas, on January 29 to talk about the current state of affairs but only Ruiz did any talking. Mayorkas, while present, was silent, but by all accounts, they both got an earful. The input they received was straightforward and direct and counter to what the administration has promoted to date. The agents see the carnage and are frustrated and angry regarding the current policy. However, both Mayorkas and Ruiz intimated that it probably wasn’t going to change anytime soon.

Time will tell if that’s the case but both men, and by extension the president, may be approaching a tipping point regarding what followers will tolerate. At the point where the rules no longer make sense the followers will no longer abide by them. And then the leader no longer has the capacity to lead. 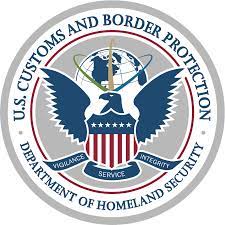