It should go without saying that society needs standards. In a civic application they’re called laws, in sports they’re called rules, with machinery they’re called procedures. Violating those standards can land a person in jail, an athletic team in the loss column and a worker in the hospital. They exist as safeguards and as guardrails for our behavior. Without them anarchy would reign.

Violators of these standards put others in peril. Sometimes it is another’s well-being, or an otherwise avoidable defeat. Other times, the violators bring disrepute to the institutions to which they belong. Moreover, there exists a larger danger that repeated violations tend to erode trust, not only in individuals but also in organizations, institutions and society.

Beyond the generalities, there is the notion that standards are not arbitrary. Standards develop over time and a consensus coalesces around them. Once formed, however, standards must be enforced to be effective. Leaders, elected and otherwise, are the ones charged with the responsibility and obligation to uphold their organization’s standards. Leaders who cannot uphold an applicable standard should either work in good conscience to change it or not take on a leadership role in the first place. Nothing undermines the common good more than an unsupported standard.

Moreover, the higher an individual climbs within an organization or institution the greater the importance of upholding standards. As Peter Parker in the Spiderman movie was told, “with great power comes great responsibility.” Rising to the top of any organization brings with it the need to set the example. Why? Simple. There is no reason for the rank-and-file to abide by the standards if the leader will not. “Do as I say not as I do” is a bad way to lead. Failure to embrace this simple truth is corrosive. In fact, historically, those who have been leaders were held to the highest standards and punished severely when they failed to uphold them.

Since the start of the 21st Century, the United States has seen leader after leader fail to uphold either traditional standards or the new ones created by current events. How many mayors, governors or politicians have been caught partying in public gatherings without a mask when they set the mask-wearing standard? Similarly, what about health and medical officials mandating that citizens stay inside or wear masks but then turning off those standards as not necessary for participants in the “mostly peaceful” protest events in 2020? Additionally, what of those District Attorneys who choose not to prosecute criminals or who release criminals without bail only to see them rob, steal, injure or kill someone again?

Those examples are just drops in the bucket.  Throughout society standards have been ignored. We only need look at retired generals and admirals protesting and showing insubordinate behavior to a sitting president; corporate media and big tech companies censoring content from one viewpoint only; and universities that manipulate admission policies while simultaneously silencing faculty and students that will not tow the woke party line. It’s as if they make up whatever convenient standard that supports their cause of the day based on the way the wind blows or who cries the most on Twitter.

Yet, the pendulum always swings and one day it will come back to those traditional standards developed over time by our accumulated wisdom and experience. American society is out of balance right now but the bulk of citizens understand that this situation cannot go on much longer. This is irrespective of whether they have an R, D or I behind their political affiliation. Already the signs of the Great Overreach are being pushed back through Supreme Court rulings; litigation against woke institutions; shifting election results; and increased parent involvement in the curriculum taught at public schools.

New leaders are emerging who are beginning to uphold the traditional standards. It’s this group of leaders who will pull the pendulum back towards the center. They are worthy of all our support. Better yet, be one of them. 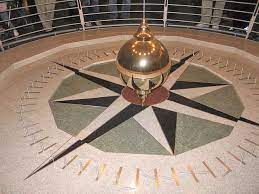